Home/Articles, Opinion, Publications/Beijing is getting tough on the democracy movement, but at what cost to Hong Kong?

Beijing is getting tough on the democracy movement, but at what cost to Hong Kong? 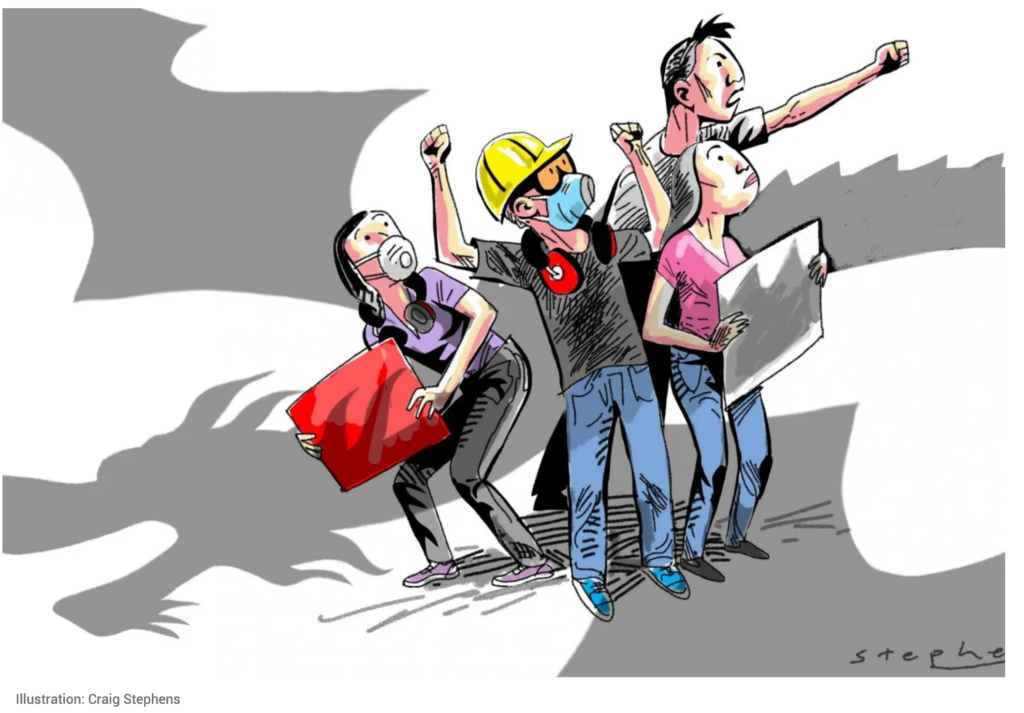 It’s not so much that the West or the global economy has decided Hong Kong is no longer viable. It’s Beijing that has decided it would rather have a passive territory under its control than continue to live with the current level of opposition and unrest.

From the arrests of 15 leading members of the pan-democratic camp and the rumours floating around about the enactment of national security and national anthem legislation, to the attempts to argue that mainland interference in Hong Kong’s internal politics is somehow beyond the constitutional constraints of the Basic Law, all signs suggest things are going to get much worse and, perhaps, quite quickly.

Beijing has recognised that, under the current conditions, it cannot keep Hong Kong’s young people and opposition forces under control. Something has got to give, and that something is the promises China made in the Sino-British Joint Declaration and the Basic Law that it would grant Hongkongers the freedom to protest in large numbers and would eventually let them all vote in elections.

Beijing knows full well that renewed efforts to enact Article 23 will trigger societal resistance and more violence, yet it has decided it is time to act.

Several years ago, Wang Zhenmin – former dean of Tsinghua Law School, and then head of legal affairs of the central government’s liaison office – told a meeting of the Hong Kong Political Science Association that, in light of Occupy Central in 2014, Beijing would no longer brook civil disobedience.

Well, it got much more than civil disobedience in 2019, when the Hong Kong government introduced a since-withdrawn extradition bill that would have allowed fugitives to be transported back to the mainland. But Beijing’s patience is over, and it will no longer tolerate large-scale violence on national soil.

Not surprisingly, Beijing has given up on Hong Kong’s chief executive and is instead placing its trust in the police. Almost a decade ago, the pan-democrats made a stunning critique of Beijing’s policy towards the city and, in particular, its supposed second headquarters in Sai Wan.

Sai Wan is home to the liaison office, which represents the central government, and the pan-democrats argued that key decisions about how to govern Hong Kong were coming out of that building and not the Chief Executive’s Office.

Thereafter, Beijing dialed it down and placed its confidence in Hongkongers who were tough and loyal to the Communist Party, such as Carrie Lam Cheng Yuet-ngor.

But the chief executive has since proved to be totally ineffective on all fronts, in particular in her handling of the extradition bill and the popular resistance it triggered.

She has turned left when she should have turned right; pushed forward when the best strategy might have been to pull back, and;stayed out of sightwhen she needed to show her face. In other words, whenever she could make the wrong choice, she did. She has been incapable of articulating a coherent policy and convincing Beijing she can steer the ship of state.

Hence Beijing’s decision to interfere in the Hong Kong’s Legislative Council crisis, and to argue that statements about the city’s opposition lawmakers by the liaison office and the Hong Kong and Macau Affairs Office do not violate Article 22 of the Basic Law and do not undermine “one country, two systems”, when they obviously do.

Beijing has long been convinced that foreign forces – particularly from the United States and Britain – are determined to leverage Hong Kong’s unrest, as well as the resistance of the opposition camp and the city’s recalcitrant youth, to undermine Chinese sovereignty over Hong Kong.

And while such an argument has in the past been self-serving, reflecting Beijing’s paranoia rather than the reality, Washington’s Hong Kong Human Rights and Democracy Act does not help. With new legislation that authorises US sanctions on Hong Kong and Chinese officials threatening the human rights of people in Hong Kong, the US is effectively getting involved in Hong Kong’s domestic politics and making the Communist Party’s fears come true.

Moreover, although we thought China’s real long-term goal of winning over and reintegrating Taiwan, preferably under the “one country, two systems” framework, would serve to protect Hong Kong’s civil liberties, this issue might weigh less heavily on the Chinese leaders’ minds following the recent re-election of President Tsai Ing-wen in Taiwan and her rejection of “one country, two systems”.

Finally, Beijing must prepare for the upcoming Legco election – and the prospect of more pan-democrats and young politicians being elected, reinvigorating the opposition camp and holding enough seats to veto national security and national anthem laws.

Following the disqualification of six pro-independence or pro-democracy lawmakers for improper oath-taking in 2016, Lam inherited an emasculated Legco and had the votes to push through the extradition bill. But, when she tried to convene Legco for a second reading of the bill on June 12 last year, it proved to be folly. A massive protest prevented the meeting and triggered six months of unrest.

Political heavyweights Tung Chee-hwa and Leung Chun-ying are reportedly mobilising ahead of the coming electoral battle. And to help the pro-Beijing camp, why not arrest some pan-democrats and potential Legco candidates, who could then be removed from office if convicted? Moreover, the arrests definitely increase the cost of joining unauthorised protests.

But problems remain. How does one shackle an opposition movement composed largely of young people who are prepared to fight to the bitter end? Will the Hong Kong police arrest them all? Will the People’s Liberation Army come in? Beijing is clearly taking a precipitous path: things cannot end well for the society of Hong Kong, and all the voices from the West won’t make much of a difference. 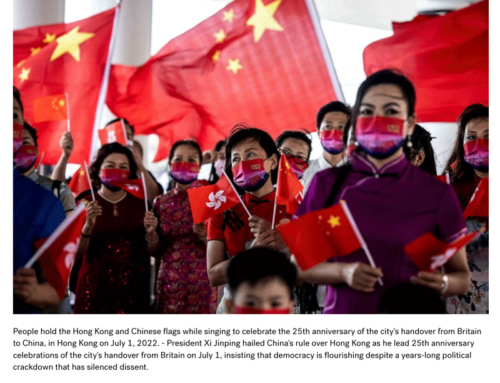 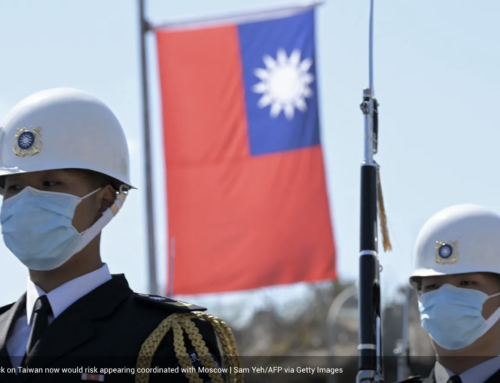