Home/Publications/Articles/If the protest violence continues in Hong Kong, the only winners are Beijing and one-party rule

If the protest violence continues in Hong Kong, the only winners are Beijing and one-party rule 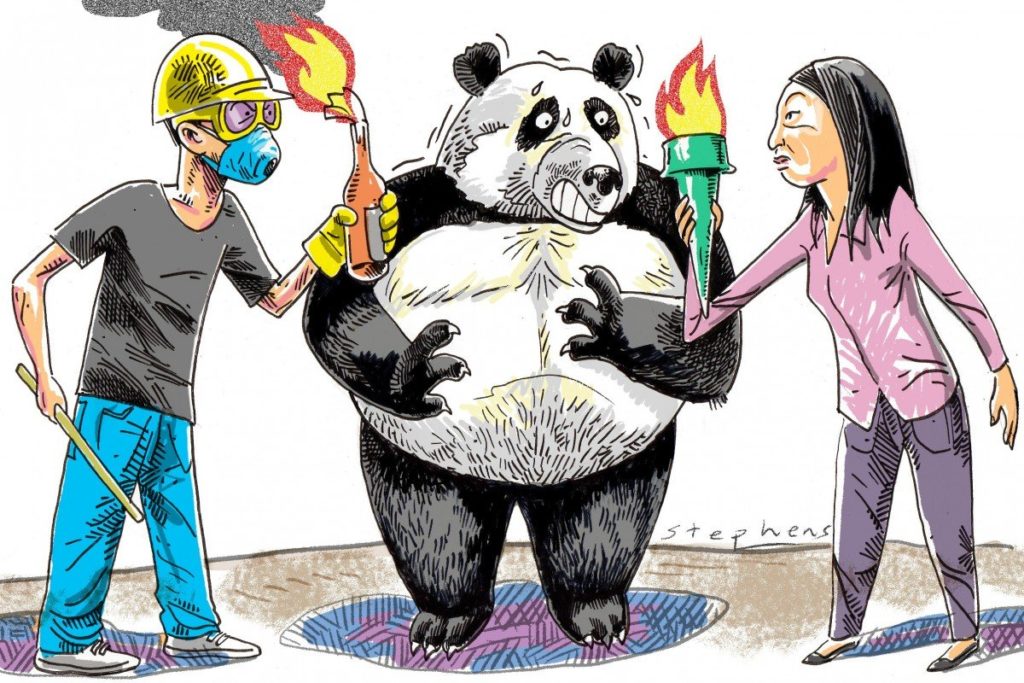 Illustration Craig Stephens for the SCMP

Hong Kong’s political crisis While is often seen as a major challenge to China’s leaders, a recent trip to Hunan province has brought home to me the Chinese state’s adeptness at turning the situation to its advantage. Given the Communist Party’s tight control over the media behind the Great Firewall, the Hong Kong narrative the party has created in the hearts and minds of Chinese citizens is basically: thank goodness I don’t live there.
In fact, the violence in Hong Kong benefits Beijing. Generally, when I explained to mainlanders how Hongkongers want to defend the freedomsguaranteed by the Basic Law against the political tightening that has intensified since 2012, they understood. They, too, have felt the state’s increasingly heavy hand since then.
But, to a man, when they heard I was from Hong Kong, they were quick to articulate their opposition to the chaosperpetrated by the protesters on the streets, decrying the impact it would have on the city’s economic growth.
One common view among Western social scientists is that Chinese people believe that whenever central authority weakens, chaos follows closely behind. Whether or not this view is truly part of Chinese political culture’s DNA, the Communist Party has played it up to promote the argument that unity and stability under party leadership have provided a foundation for China’s economic advances in the past 40 years.

On the other hand, excessive democracy or unbridled freedom, as seen in Hong Kong, Taiwan and even the United States, would only bring political instability and economic decline in today’s China. Reflecting on the past two decades, one interlocutor in Hunan argued that the party’s greatest strength is its ability to organise society around a concerted drive for rapid growth, a view validated by the economic miracle in China.
Members of the older generation with whom I spoke see the current situation in Hong Kong through the lens of their experiences during the Cultural Revolution. More precisely, they see the Hong Kong protesters who are hurling Molotov cocktails, trashing MTR stations and setting fireto China-linked business establishments as reincarnations of the Red Guards who, in paroxysms of irrational violence in the 1960s, beat innocent people, killed each other in factional fights, and rejected all compromise in the name of what they upheld as sacred principles.