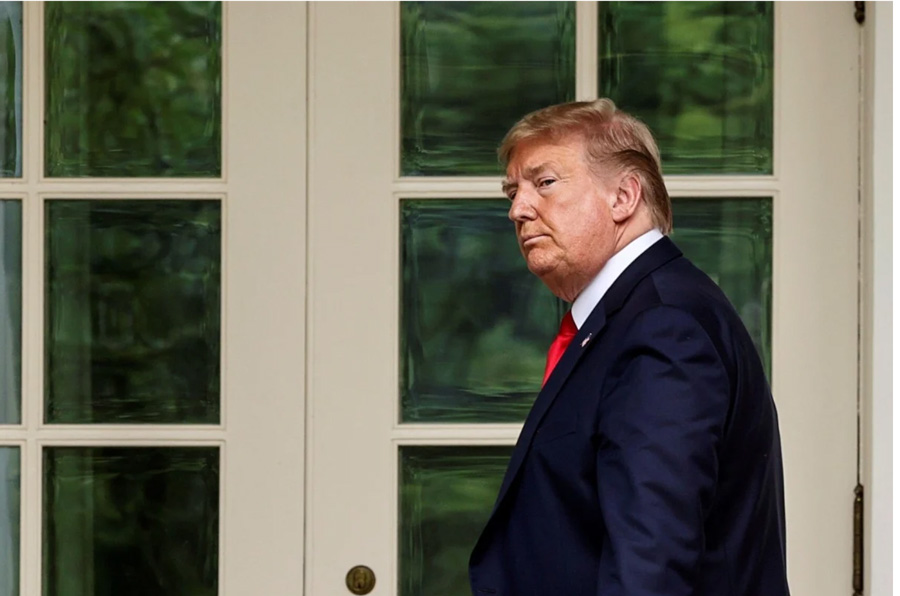 China and the US have little room to defuse tensions after Washington announced it would end Hong Kong’s special status, observers believe.

On Friday Donald Trump announced he would move to end agreements that gave the city preferential treatment over trade and travel and said he would sanction officials responsible for “absolutely smothering Hong Kong’s freedom”.

The  move  came  after  China’s  national  legislature  approved  for  a  national security law  in  the  former  British colony,   in  what  critics described as an abandonment of the “one country, two systems” model of semi- autonomy.

Beijing has said it will respond to the latest US move, but has refrained from hitting back immediately, while state media coverage has remained relatively low key.

But observers believe that the tensions between the two sides are likely to escalate further given their competing interests across the globe in areas such as trade, technology and ideology.

Wei Zongyou, a professor of China-US relations at Fudan University in Shanghai, said there was little possibility of tensions cooling and predicted that decoupling would intensify in a range of fields.

“As we see both sides take turns for revenge and countermeasures, it is unlikely there can be continued trade negotiation,” he said,

“The two countries lack an effective communication channel at present, and both sides are in a competition to see who is tougher.”

In his latest attack on Beijing, Trump accused the Chinese government of intellectual property theft, covering up its mishandling of the Covid-19 outbreak and abandoning its commitments to the World Trade Organisation.

The US president also said he would withdraw the US from the World Health Organisation due to Beijing’s perceived influence in the agency, move to end an extradition treaty with Hong Kong and increase scrutiny of Chinese companies listed on US financial markets.

“The Chinese government’s move against Hong Kong is the latest in a series of measures that are diminishing the city’s long-standing and very proud status – this is a tragedy for the people of Hong Kong, the people of China, and indeed the people of the world,” he said.

The  White  House  later  said  it  would  expel  Chinese  graduate  students  with ties  to  Beijing’s  “military-civil fusion strategy”  –  a move that could affect as many as 3,000 students.

David Zweig, director of the Centre on China’s Transnational Relations at the Hong  Kong  University  of  Science  and  Technology, said Trump  had “taken the gloves off” and expected things to escalate further in the run-up to the US elections in November.

“Nobody wants to fight a war, but I think it’s going to be hard in the build-up to the election to take too moderate a position,” Zweig said.

“China’s very unpopular in lots of places, so it’s easier for the West to ratchet up their side, and I think it’s the same thing on the Chinese side.”

The latest study from Pew found that said China’s standing in America was at its lowest point since 2005, with around two thirds of respondents viewing the country unfavourable.

While Beijing wanted to maintain Hong Kong as a vibrant financial centre, American companies were likely to make plans to leave and the phase one China-US trade deal agreed last year “could be in trouble”, Zweig said.

“It’s tit-for-tat so far, and if the tits and the tats continue, then your exit strategy may have to be materialised, so you better have the strategy.”

Denny Roy, a senior fellow at  the Hawaii-based East-West  Centre, said many in the US had  been angered  by Trump’s announcement that  the US would withdraw from the WHO in the middle of a pandemic and his failure to address nationwide protests over police brutality and racism.

While there was great sympathy in the US for the Hong Kong people, he said the US would be unable to force China to restore the city’s freedom.

“America is not going to war with China over this,” he said. “Washington will take some kind of symbolic action to express our dismay.

“I hope very much it will be calibrated to cause pain to PRC [People’s Republic of China] elites but not to further endanger the livelihoods of ordinary Hongkongers, who will probably have a harder time now as some foreign banks and corporations pull out.”