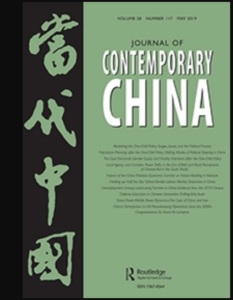 ABSTRACT: This paper assesses several assumptions underlying the promotion of democracy and good governance in rural China. We draw on a 1999 survey of 120 villages in four counties, two in Anhui and two in Heilongjiang provinces (sample of 2,997 households, including villagers, cadres and entrepreneurs). First, we look at how institutionalized ‘democratic procedures’, such as secret ballots, multi-candidate elections, public nominations, and village contracts, are in these villages. Then we analyze villager views on economic development and democracy, finding that villagers want more democracy, even if the economy is doing well. Third, we assess their views on the election process; do they see elections as efficacious, fair, and competitive, or do they feel that the local power elite manipulate outcomes? Fourth, we found that the richest people are less supportive of democracy, with the most democratic being middle-income households. Finally, elections have increased local elite turnover, cadres understand this, and therefore, democracy does lead to good governance.