Images of the World: Studying Abroad and Chinese Attitudes towards International Affairs 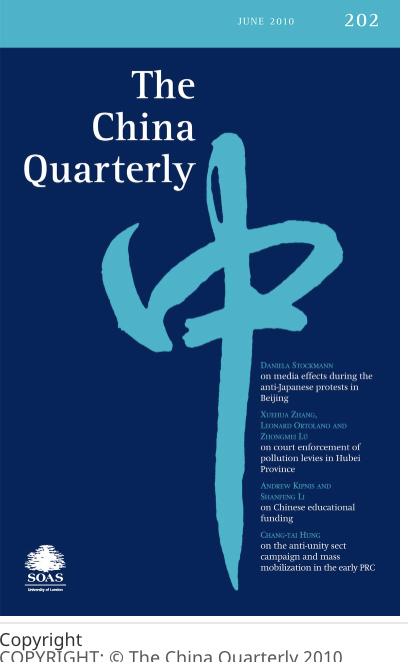 ABSTRACT: Since the late 19th century many Chinese leaders have studied abroad, mostly in Japan, the US or the former Soviet Union. Recently, thousands are returning from studying overseas. Is this new cohort of returnees more internationalist than Chinese who do not study abroad? If their values differ and they join China’s elite, they could influence China’s foreign policy. Drawing on surveys of returnees from Japan and Canada over the past 15 years, we compare their views on “co-operative internationalism” and “assertive nationalism” with the attitudes of China’s middle class drawn from a nationwide survey in 2006. Our returnees are both more “internationalist” than the middle class and less nationalistic. So they are likely to support China’s increasing international role and perhaps constrain China’s growing nationalist sentiment.