Home/Book Chapters/U.S.‑China Relations and Human Rights: The Changing Nature of a Bilateral Relationship 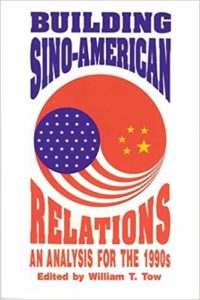 SYNOPISIS: Most students of contemporary China are familiar with the Joint Economic Committee studies on China, which have appeared periodically since 1967. This is the most recent study in the series (released in April, 1991). This volume follows the format of the previous studies, offering a broad sweep of its subject matter. The 50 chapters – contributed by Chinese scholars in government, universities and private research centres – are divided into five major parts. Each section begins with an overview which summarises and comments on the main points in each of the chapters. The volume offers a detailed examination of China’s economy, and the political and social factors currently facing the leadership in Beijing.